What's New | Track Your Refund | Careers | India Tax | Blog
Form Sent Successfully
x
Please provide us your details and we will get in touch with you at the earliest. Thanks! 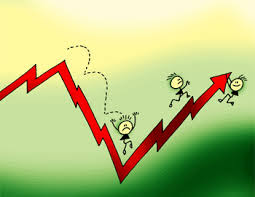 When you sell a capital asset, the difference between the basis in the asset and the amount you sell it for is a capital gain or a capital loss. Almost everything you own and use for personal or investment purposes is a capital asset. Examples include a home, personal-use items like household furnishings, and stocks or bonds held as investments.

In most cases, your cost basis in an asset is simply the amount that you paid for that asset, including any brokerage commissions that you paid on the transaction.

An important takeaway here is that if you’re ever considering selling an investment that has increased in value, it might be a good idea to think about holding the asset long enough for the capital gain to be considered long-term.

Note that a capital gain occurs only when the asset is sold. This is important because it means that fluctuations in the value of the asset are not considered taxable events.

You use Schedule D to report capital gains and losses to the Internal Revenue Service, and you file it with the personal income tax form, the 1040. Form 8949 be filed with Schedule D.